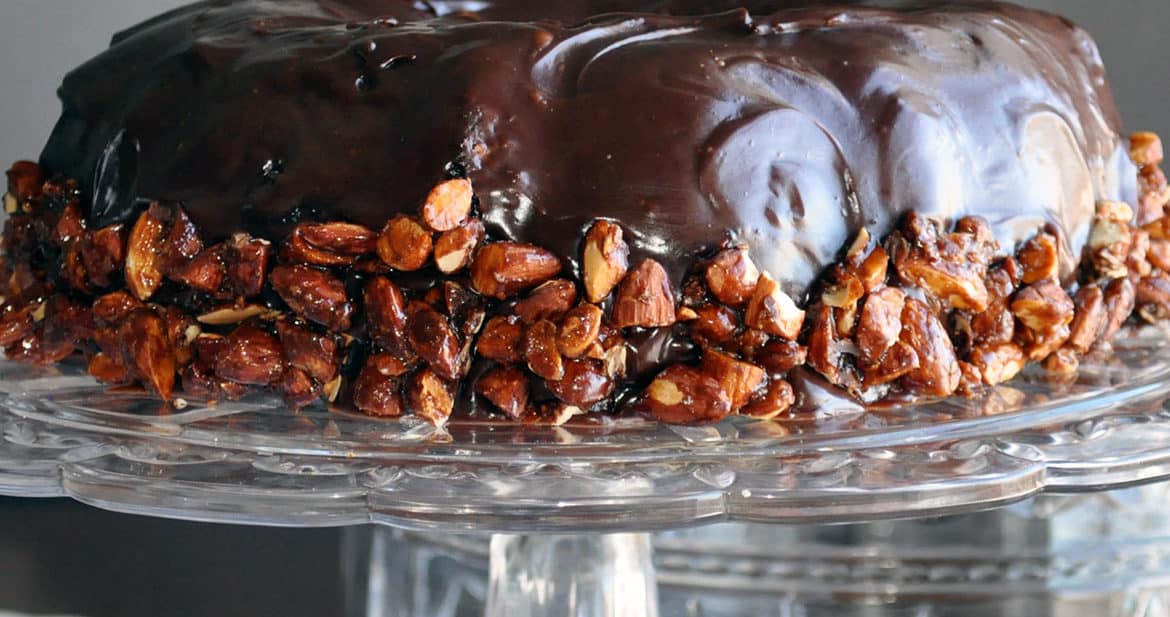 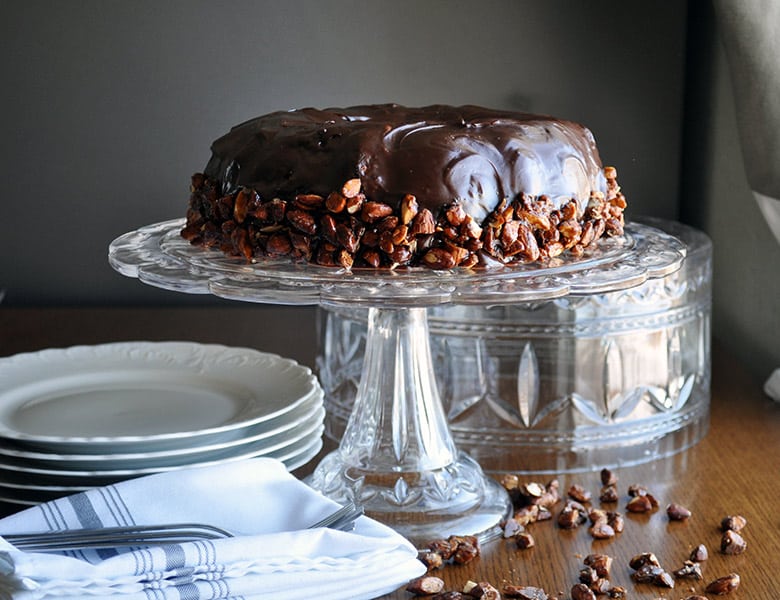 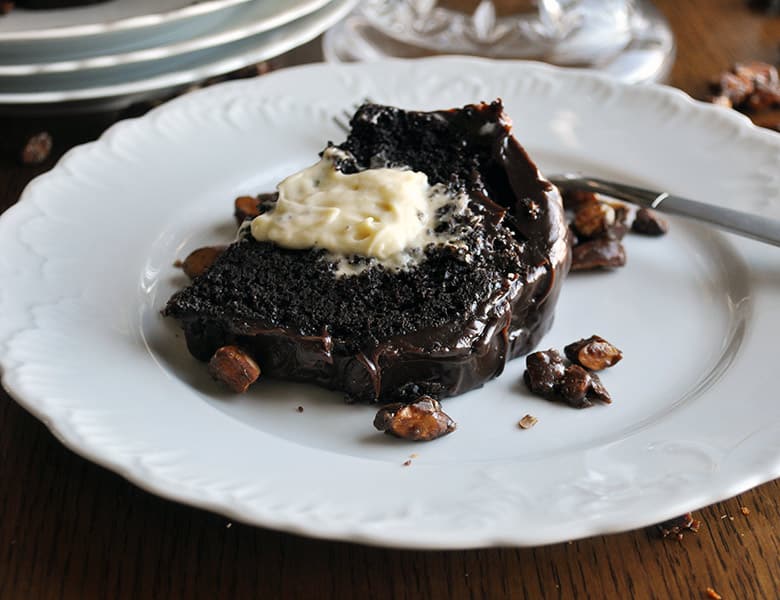 If you prefer, you could use this chocolate cake recipe to make a filled layer cake rather than as a bundt cake as I did here. But, if you’ve ever made a filled chocolate layer cake and tried to transport it in the middle of the summer, you know how challenging (and stressful!) it can be. 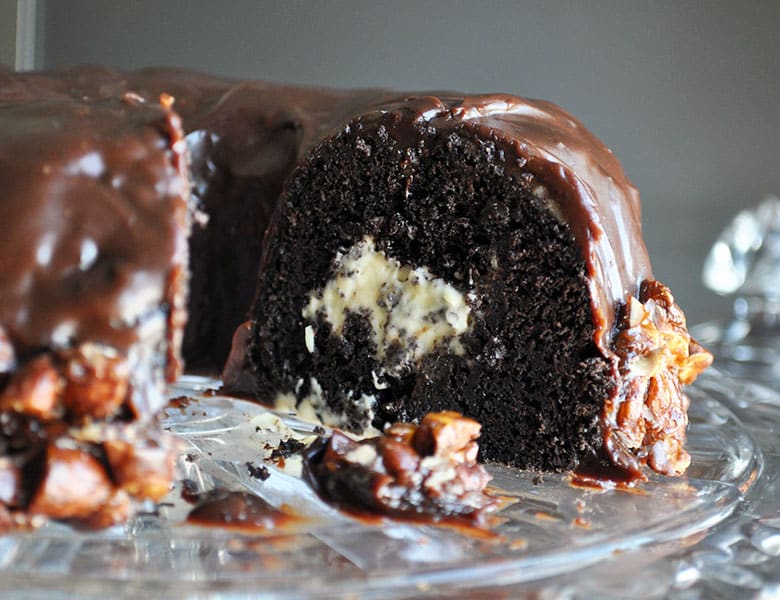 Instead of dealing with that hassle, I just injected the custard into the cake twinkie-style, which makes transporting it so much easier. It also allows you to add a lot more custard than what’s possible in a layer cake. And if a little rum custard is good, a lot is better. Try it. You’ll see. 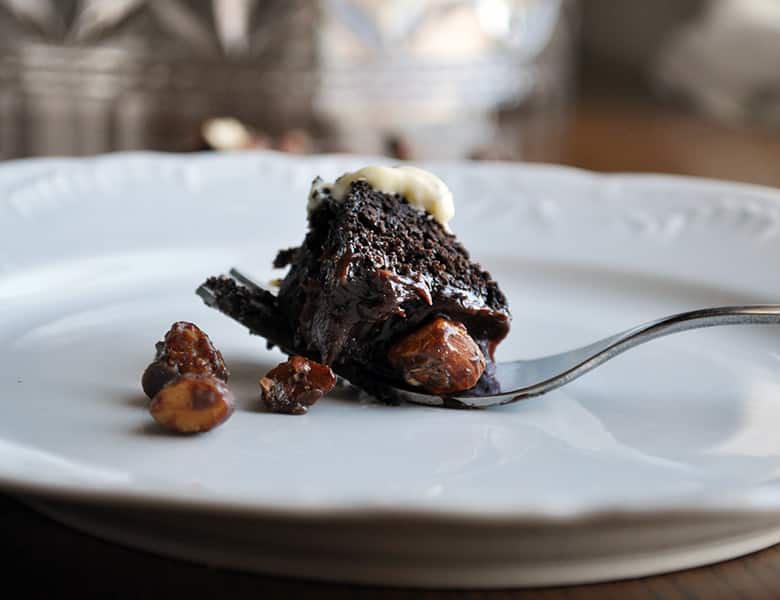 The best chocolate cake recipe with rum custard, chocolate ganache & almond pralines. In our house, when we say chocolate cake, this is the cake we’re talking about.

FOR THE ALMOND PRALINES: 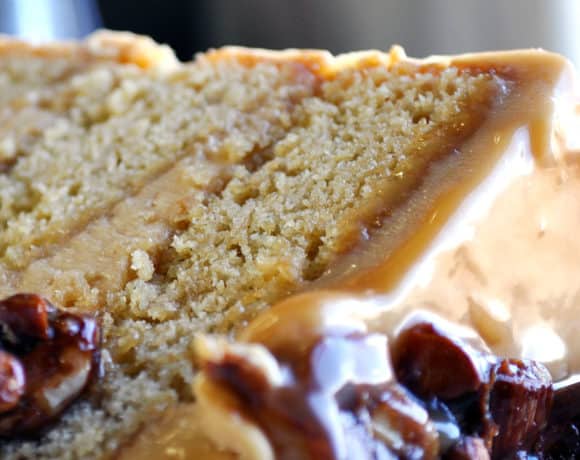