So, we compromised with a marble chocolate cheesecake.

Sometimes her indecision drives me a bit bonkers. (Ok. Most of the time.) But this time, it resulted in what is now my favorite cheesecake. 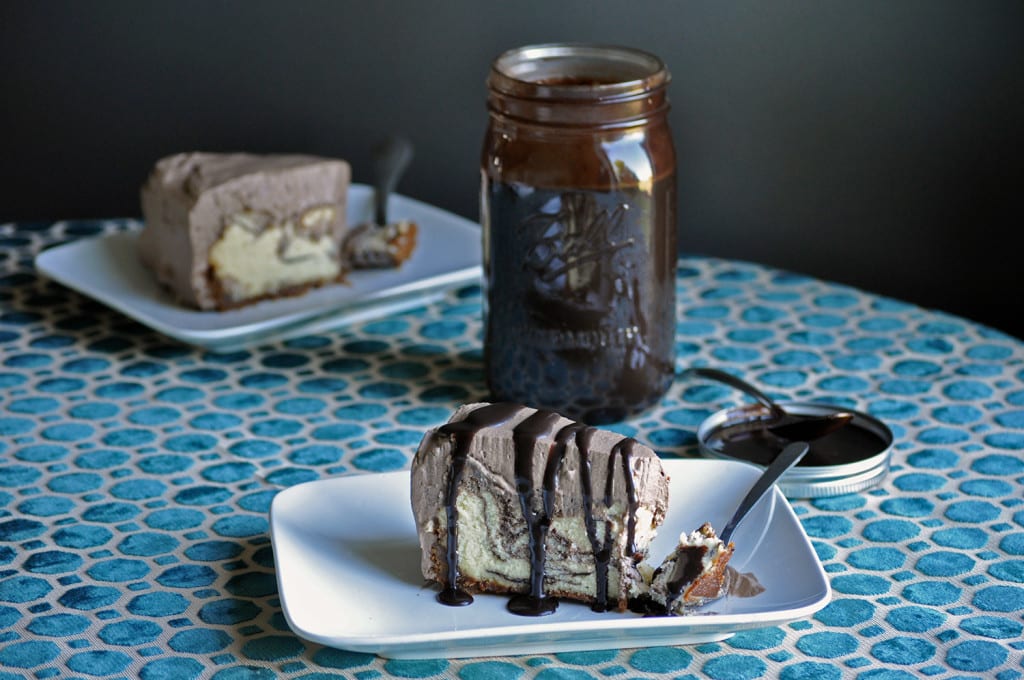 I am very, very picky about cheesecake. And even more picky when it comes to chocolate cheesecake. I am not a fan of the no-bake variety at all. I'm also not a big fan of sour cream cheesecakes or cheesecakes with a graham cracker crust. And, even though cheesecakes packed with peanut butter cups or snickers bars generally look great to me, they are usually way too sweet for my tastes.

But, I LOVE a good New York style cheesecake. 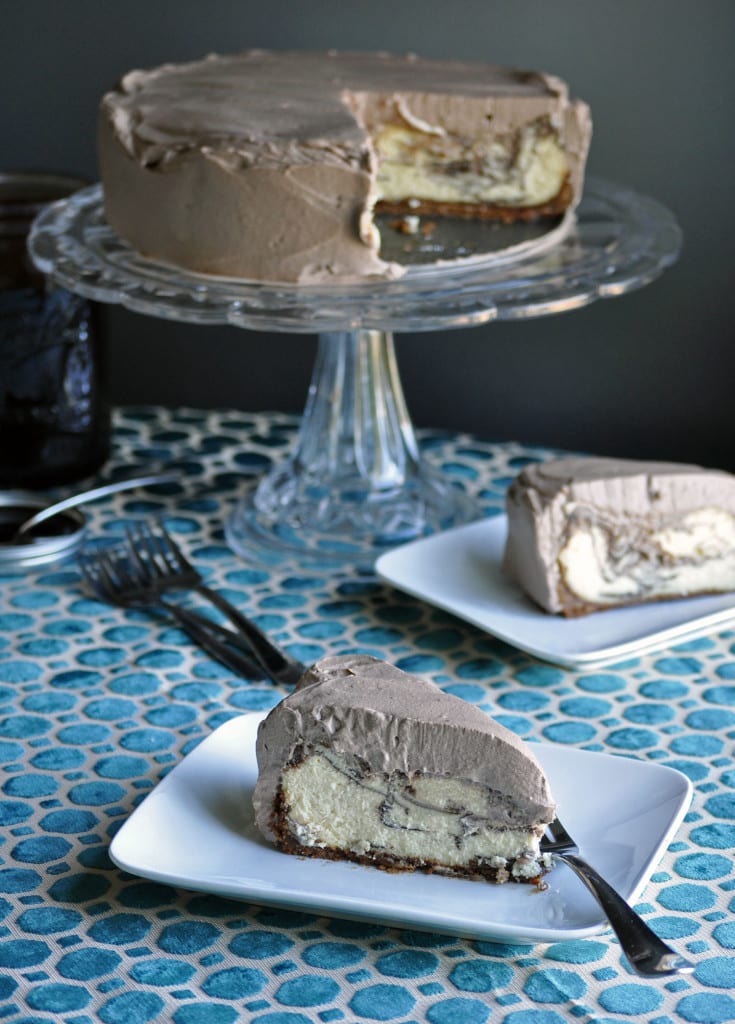 New York style cheesecake includes a large amount of cream cheese, eggs and cream for an ultra-rich, silky smooth, fluffy-yet-dense consistency. While many other styles of cheesecake are baked in a water bath, New York style cheesecake achieves a smooth, soft interior with a golden, firm exterior by baking the cake for a few minutes at a very high temperature before dropping the temperature to very low and baking it out long and slow. New York cheesecake is also generally baked in a shortbread-like crust rather than a graham cracker crust.

For this marble chocolate cheesecake, I started with my favorite New York cheesecake recipe and then swirled in some homemade hot fudge.

Which, looks kind of awesome. 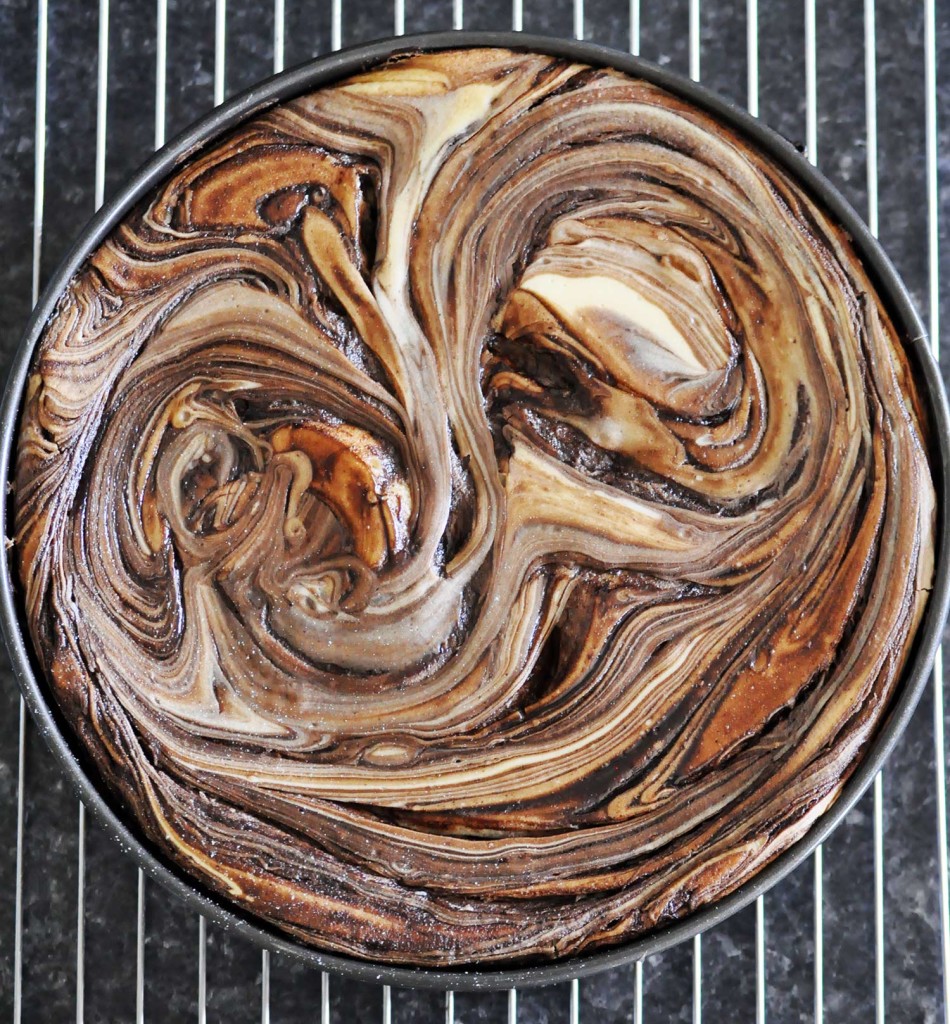 Because it was a birthday cake, I wanted to frost it, but not with any kind of buttercream. Instead, I simply whipped some hot fudge into lightly sweetened whipped cream. The result is a rich, creamy New York style cheesecake with ribbons of fudge weaving through the center and covered in not-too-sweet chocolate whipped cream. It's decadent. 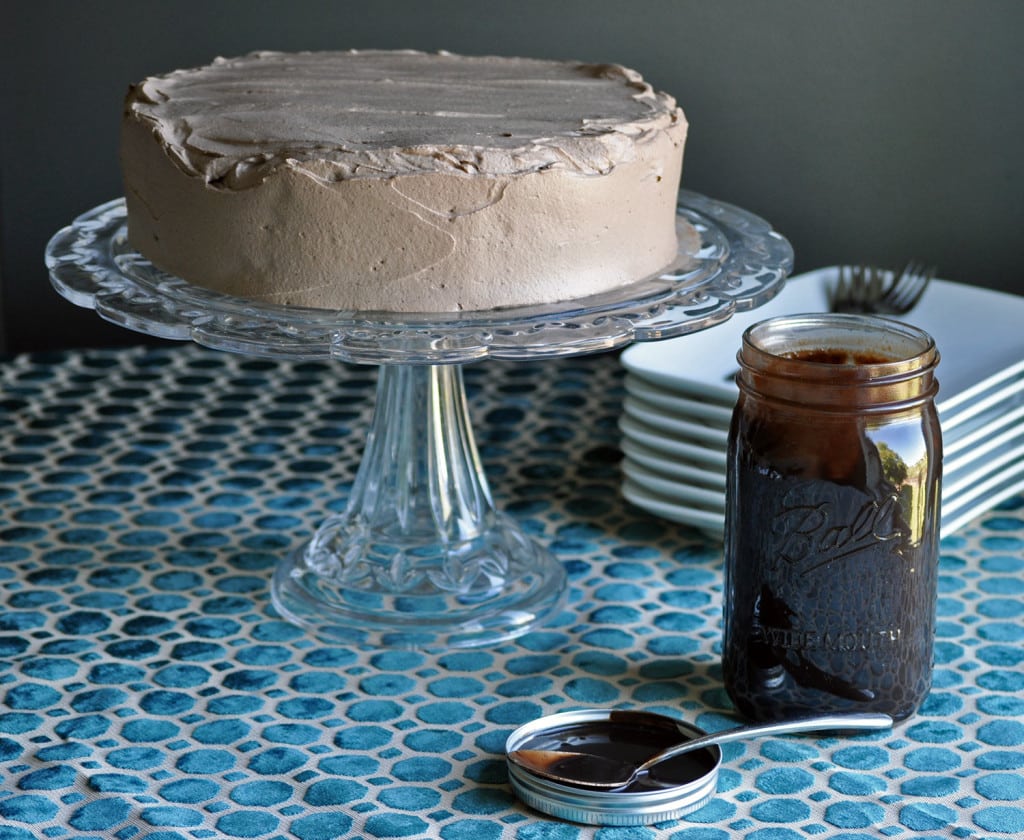 You have a couple of options with this cake... I've included two different crust options below. The one I used for my marble chocolate cheesecake is a cinnamon cookie crust. It's crispy and buttery and the slight cinnamon flavor really compliments the chocolate. I used these Cinnamon Spice Cookies...

However, you could also substitute chocolate graham crackers or chocolate cookie wafers, or even ginger snaps for the cinnamon biscuits. Any of these options are delicious, it just depends on what you're in the mood for.

You could also just make a chocolate cheesecake instead of a marble cheesecake by just stirring the hot fudge into the cheesecake batter until incorporated, pouring the batter into the crust and baking as instructed. Also super yummy.

Finally, you could certainly skip the homemade hot fudge and use a couple of bottles of store bought hot fudge instead. This recipe for hot fudge is easy and delicious, and I hope you'll try it; but a good quality store bought would work perfectly well. 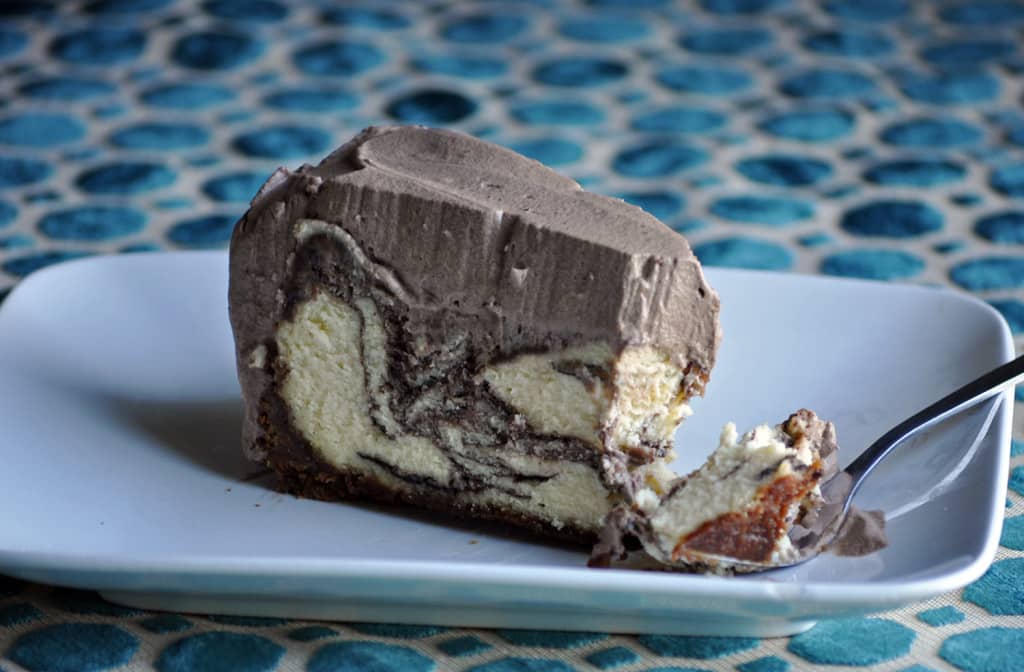 FOR THE MARBLE CHOCOLATE CHEESECAKE:

FOR THE CHOCOLATE WHIPPED CREAM