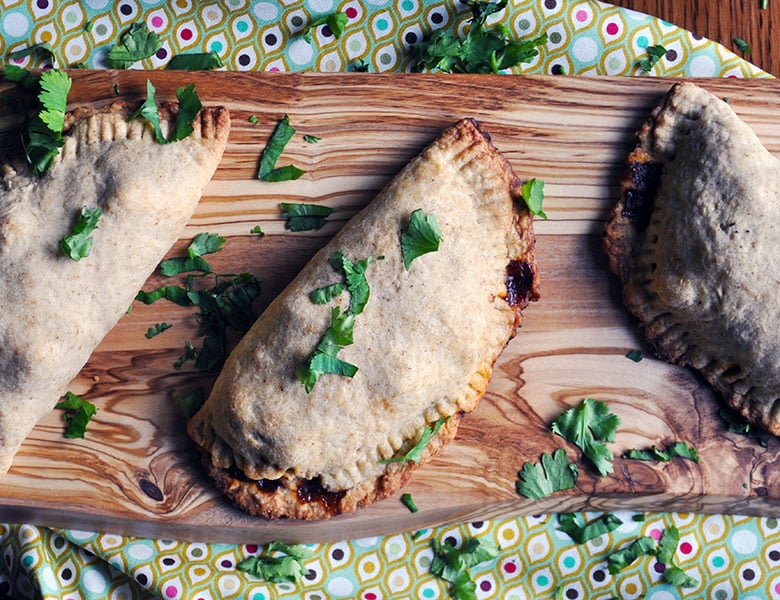 In some ways, it’s odd that I love baking so much because for all the creativity it affords, there are an awful lot of rules. And, following rules is not really something I'm into. Or, good at.

In baking, ingredients play off one another in such a way that can make or break the finished result. Altering the amount of eggs and liquid, getting an incorrect measure of flour, sugar or the wrong mix of leavening agents can make the difference between a tall, beautifully risen cake and a flat, inedible confection resembling a hockey puck in both appearance and texture.

In baking, rules matter. Recipes matter. Measurements matter. Which is not at all how I cook. When I cook, I use recipes more as inspirational guidelines - when I use them at all.

I rarely measure anything and hardly ever set a timer. This means that as many times as I cook the same dish - potato soup for example - it’s never really the same dish twice. My husband commented the other day that he’s eaten more kinds of potato soup than he ever would have thought possible.

So, this is why I love dishes like empanadas. 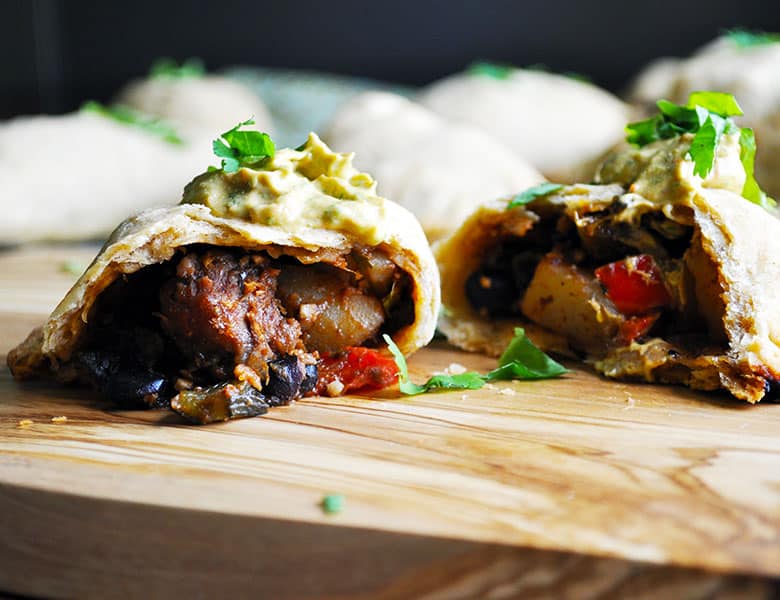 Empanadas, like soups and casseroles, fall into a category of food that offer endless freedom and possibilities. There are no rules. Recipes for empanadas should be treated as guidelines and suggestions, with filling ingredients swapped in and out based on what you have, what’s in season, and what you like.

Empanadas probably originated in Spain, but you’ll find versions of them all over the world.

In Argentina, they are most often made as appetizer or take-away food and include an endless variety of fillings. In Belize they are generally deep fried, the pastry is made with masa, and they are topped with cabbage or salsa.

In Chile, where empanadas are considered the most symbolic food of the country, they are traditionally filled with a filling called “Pino”, a mixture of ground beef, onions, raisins, olives and eggs. Colombian empanadas resemble arepas, and are often include meat and potatoes. You’ll even find empanadas in Sicily, where they are filled with almonds, walnuts, chocolate, sugar, cinnamon, cloves and minced beef.

And, on and on and on. Varieties of empanadas can be found in pretty much every area of the world. In the US, you’re most likely to find empanadas filled with the flavors of South America. But here’s the bottom line: you can put anything you want in there. 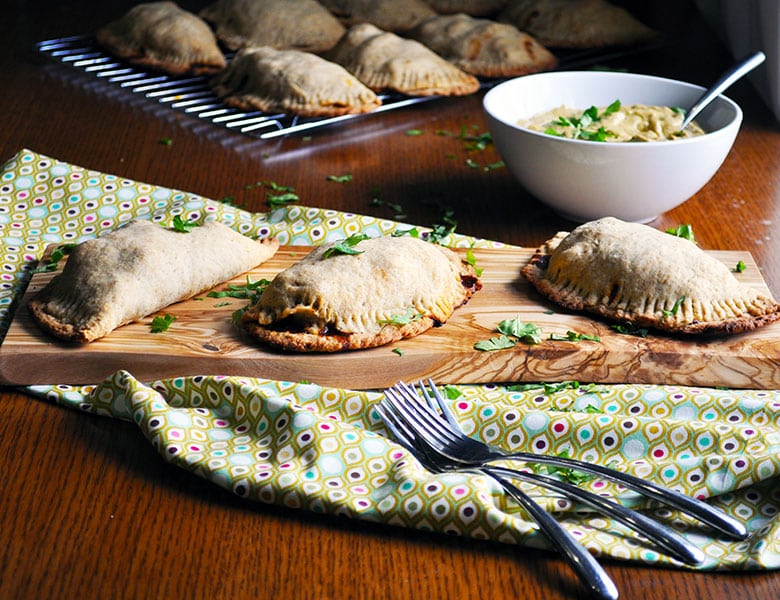 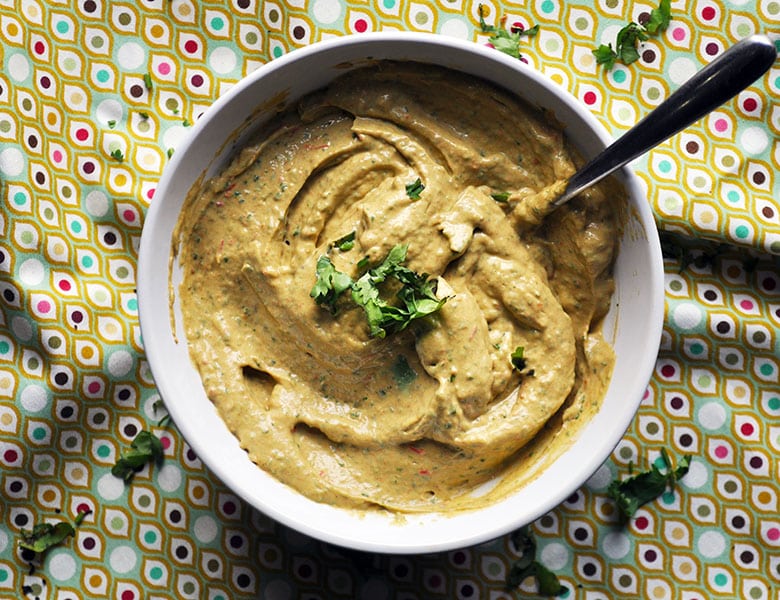 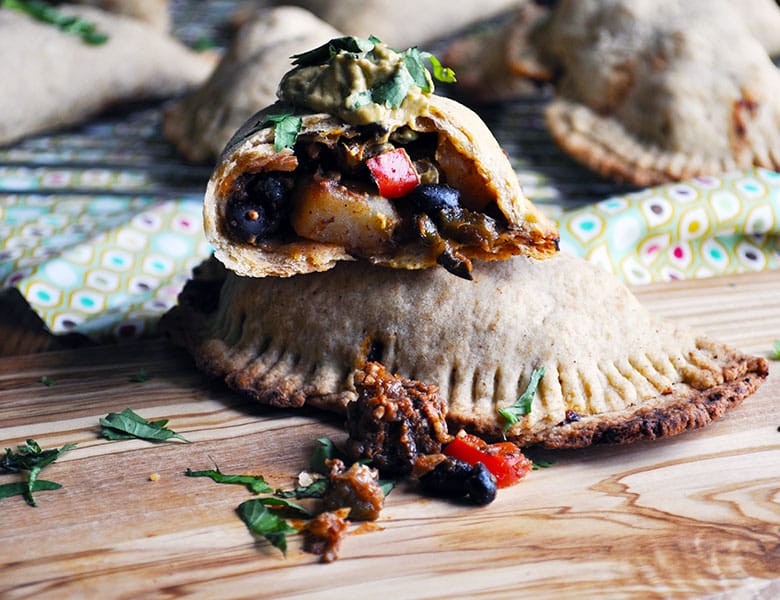 These empanadas are filled with chorizo, peppers, potatoes and black beans because that's what sounded good to me.

It's also what I had on hand. Full disclosure: This recipe is more a result of my leftovers than deliberate planning. The day I made these, I was looking for a way to use up a hunk of chorizo and some black beans left over from soup I'd made a couple of days prior. I also had some peppers in the vegetable drawer that were nearing the edge of their shelf life and a few avocados that were right on the edge of being perfectly ripe and overly so.

So, these empanadas are the happy result of not wanting all those delicious ingredients to go to waste. And that is exactly my point about why empanadas are the bomb. If you want to follow this recipe exactly, go for it. They were really, truly delicious. The combination of flavors, textures, and spices is one I'll use again.

But, don't be afraid to use whatever you have on hand in place of pretty much any ingredient in here. The only thing you must be cautious of when making empanadas is how wet the filling is. You're looking for a filling that contains some moisture, so as not to be overly dry. But, if your filling is too wet, you'll end up with a soggy crust.

So, maybe forgetting the cheese was a happy accident. Or, maybe they would have been even better with the cheese included. I'll leave it up to you, dear reader, to decide whether you'd like to include a sprinkling of cheese in your empanadas. I'd recommend adding 1 to 1 ½ cups, stirred in to the filling after it's cooled to room temperature. 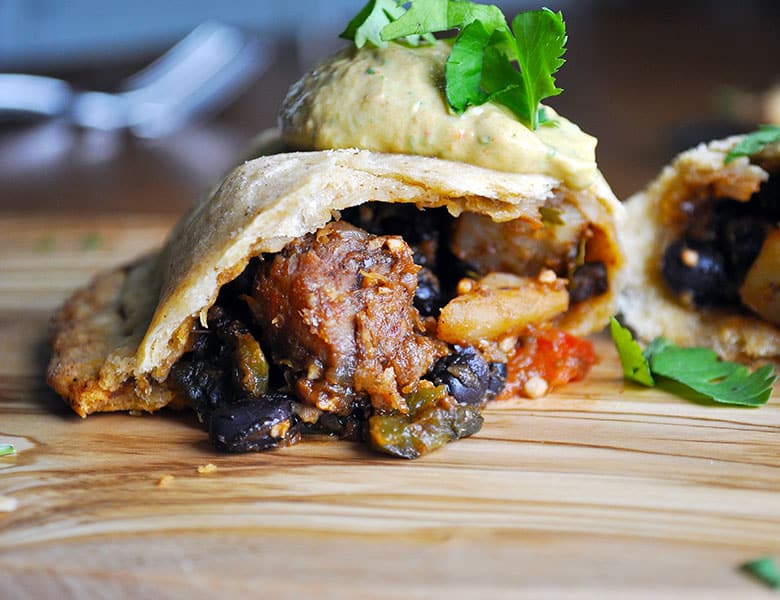 FOR THE EMPANADA DOUGH:

FOR THE EMPANADA FILLING:

FOR THE AVOCADO CREAM:

More recipes you may enjoy