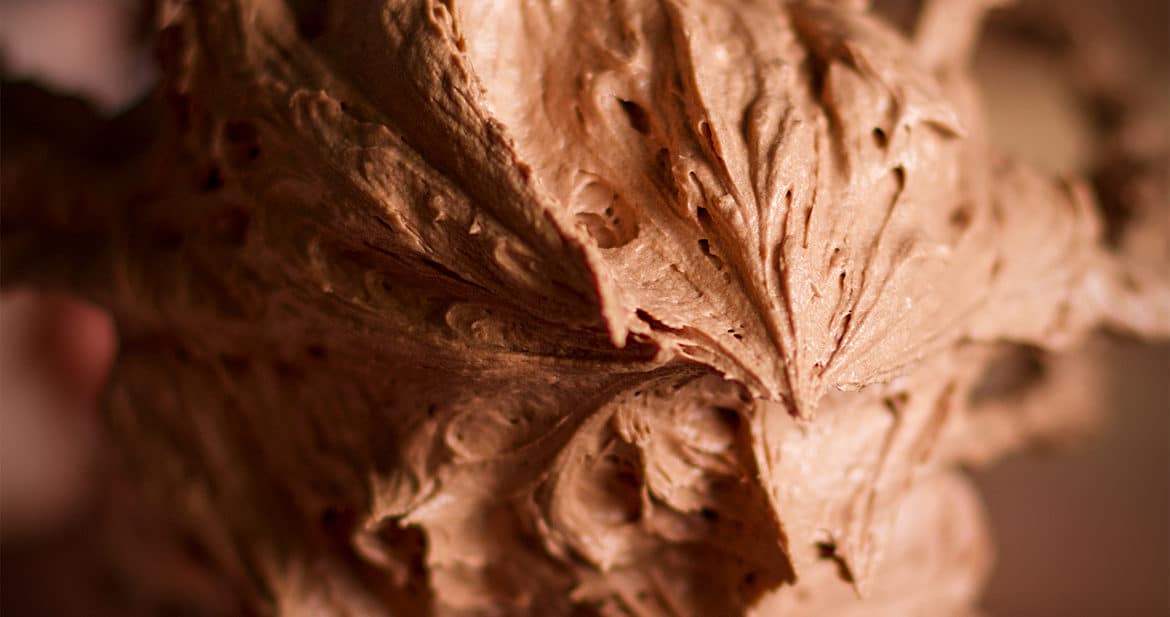 This rich chocolate buttercream is my go-to, all-time favorite chocolate frosting because it takes about 5 minutes to make, is super creamy, and intensely flavorful.

This is one of those go-to recipes that only requires a handful of ingredients, a few minutes of time, and comes out creamy, intensely chocolaty, and delicious every single time. Just like my favorite American Buttercream recipe, the secret to an intensely creamy and flavorful Chocolate Buttercream is to add a bit of heavy cream and PLENTY of flavoring - including salt.

The super important role of salt in buttercream.

It's no secret that I'm an advocate of adding more salt to desserts and sweet baked goods than is considered "traditional". Most dessert recipes contain a smidge of salt - a kind of nod to its necessity without actually adding enough to make any kind of real difference to the flavor.

Salt is not about making food taste salty. It's about bringing out the flavor of the other ingredients and providing balance. In dessert, salt somehow manages to brings out the sweetness AND provide a sort of counter balance so that you taste the flavor of sweet rather than being hit over the head with it.

For that reason, my recipes often call for salted butter and/or more salt than you might be used to in sweet treats. For example, my all-time favorite Homemade Cinnamon Roll Recipe contains salt in the dough, the gooey cinnamon filling, and the cream cheese frosting. My favorite Strawberry Rhubarb Jam calls for some salt AND ground black pepper. And don't even get me started on how delicious salt is in creamy homemade Caramel Sauce.

For this chocolate buttercream, I wanted the primary characteristic to be rich and chocolaty, not sweet. I don't want to mislead -  This buttercream IS sweet (it's frosting, after all), but not the kind of sweet that sets your teeth on edge. I don't think "sweet" is even the first word that will come to mind when you first taste it.

To that end, I suggest you use salted butter PLUS at least another ½ tsp of salt. Mix everything up with an electric mixer and taste it. If you like the flavor as is, leave it alone and get to frosting whatever it is you made this buttercream for. If you want to intensify the flavor even more, add a bit more salt and even a bit more vanilla and almond extract.

Want super creamy buttercream? Add some cream. Profound, eh? And yet, many buttercream recipes call for thinning the consistency with milk instead. The reason adding cream to buttercream makes it more creamy is because cream is really good at trapping air.

We all understand the concept of whipped cream - you start with a liquid, beat it for a while, and end up with something that you have to scoop rather than pour. You can beat milk all day long and you’ll never end up with airy, fluffy, whipped milk.

So, using cream instead of milk makes chocolate buttercream creamier and more fluffy. But it also accomplishes something else that you might not expect – it makes the buttercream taste less sweet. Again, this is because of cream’s ability to trap some air in there. Airy buttercream with a high fat content will not only taste less sweet, it will allow you to incorporate slightly less sugar than if you use milk.

As an aside, the same concept of using whipped cream to incorporate air into a recipe can be applied to cake and muffin batter. Folding in a half cup (or so) of whipped cream to cake batter, like my favorite recipe for Red Velvet Cake, can give cake a light, almost silky texture that's hard to beat.

You need a LOT of vanilla. And, possibly, some almond extract.

Vanilla is a fascinating ingredient because it somehow manages to make the different flavors in desserts play nice with each other. I don't really understand why this is, I just know it's true. In most cases, if you feel that the flavors in a dessert just aren't coming together, a teaspoon of vanilla will do the trick. It's like a band in which every musician is playing their own tune, competing to be heard, and then suddenly they all start playing together in perfect harmony.

This quality is the reason vanilla is used so much in baking. And it's one of the reasons I've chosen to include so much of it in this recipe for chocolate buttercream. The second reason is because vanilla interacts with chocolate in a way that intensifies its flavor and gives it more complex, nuanced characteristics.

In general, I think a tablespoon of vanilla is the perfect amount in this buttercream. But, there are no rules here. Add less if you think that might be too much. Taste it and add more if you don't feel there's enough.

While vanilla extract is common to most desserts and baked goods, seeing almond extract in the ingredient list is somewhat unusual. This is a shame because a touch of almond extract adds warmth and flavor to everything from cakes, to muffins, to cookies, and of course, buttercream.

Almond extract is a MUST in desserts like Almond Plum Cake, Peach Almond Thumbprint Cookies, and Cherry Turnovers with Cream Cheese and Almonds. But, you might be surprised to find that just a half of a teaspoon of almond extract boosts the flavor in a wide variety of pastries from Apple Cobbler to Soft Chocolate Chip Cookies.

Almond extract carries a much more intense flavor than vanilla, so use it somewhat sparingly. In this recipe start with a teaspoon or less and then add more if you like, drop by drop, until the buttercream has the flavor you prefer.

My favorite cakes to ice with Chocolate Buttercream.

Some of you are going to find this suspect, but the most recent cake I covered in chocolate buttercream was Spice Cake. And it was fabulous. The idea of combining warm spices like cinnamon and nutmeg with chocolate is not unusual in many cultures. For example, Mexican chocolate includes cinnamon and sometimes other spices like nutmeg or allspice. And Moroccan chocolate desserts often include cardamom, cinnamon and orange peel.

So, icing a cake that's packed with the flavors of cinnamon, nutmeg, cardamom, allspice, and ginger with chocolate buttercream is really not a unique idea. The combination of flavors is interesting, complex, and absolutely delicious.

My other favorite cakes to cover in Chocolate Buttercream include Classic Yellow Cake, Devil's Food Cake, and Vanilla Cake. I also sometimes forgo the caramel topping on these Buttermilk Cupcakes, opting for a swirl of chocolate buttercream instead. 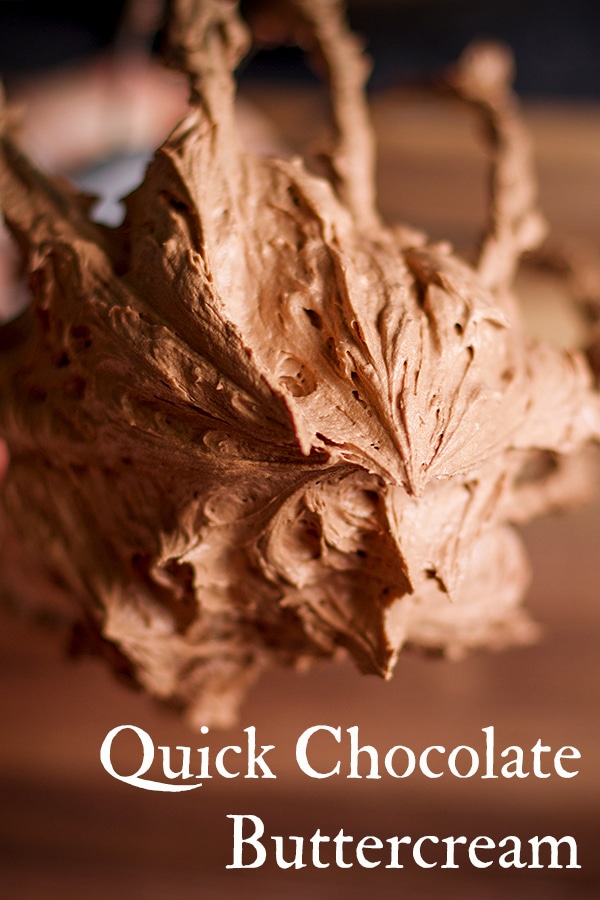