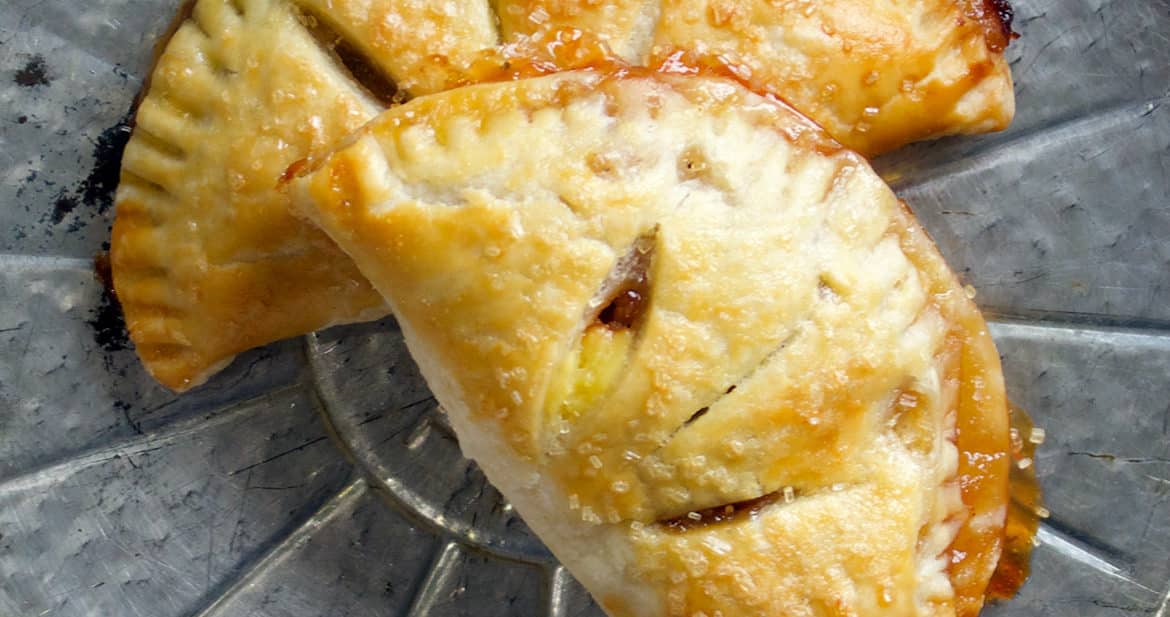 These buttery little hand pies are filled with almond pastry cream and apple butter. They are flaky, creamy, & packed with warm apple flavor. 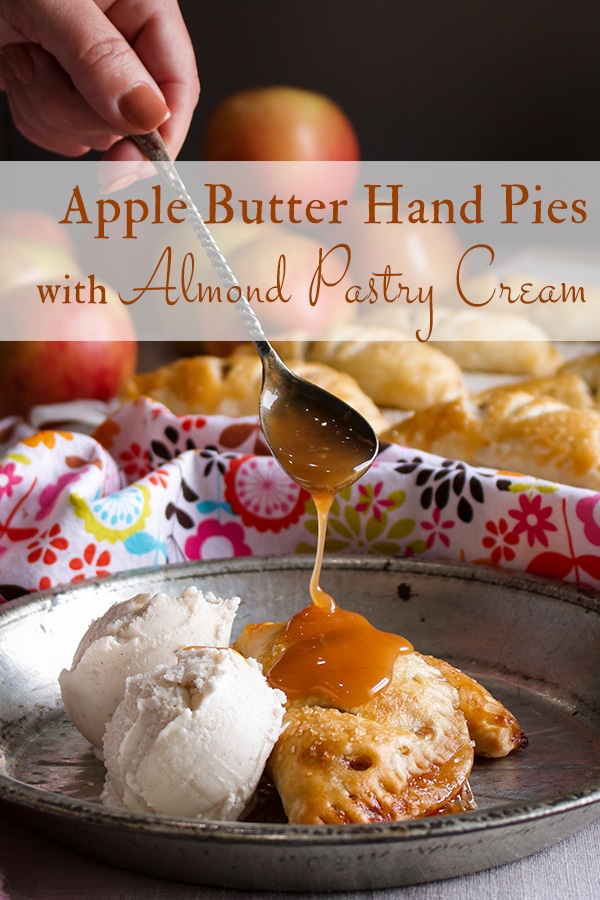 There's something about small, individual sized treats that I adore. I like them so much, in fact, that I had to create a whole category of mini treats in the recipe archives on this blog, to which these little apple butter and cream hand pies are the latest addition.

So, let's start by saying that I got a bit carried away this season making No Peel Slow Cooker Apple Butter. We have kind of a lot of the stuff in our pantry. Although, perhaps not enough now that I've made these little pies. Because, I'm telling you, these are going to get made a lot around here from now on.

They are, in my opinion, the perfect little sweet treat because: a.) they are not too sweet, b.) one recipe makes enough to feed a small crowd (or 2 hungry teenagers), c.) flaky pastry, apple butter, and pastry cream, (!) d.) they make a delicious on-the-go hand-held breakfast, lunchbox treat, afternoon snack, e.) they can be easily dressed up with scoops of vanilla ice cream and a drizzle of caramel sauce. 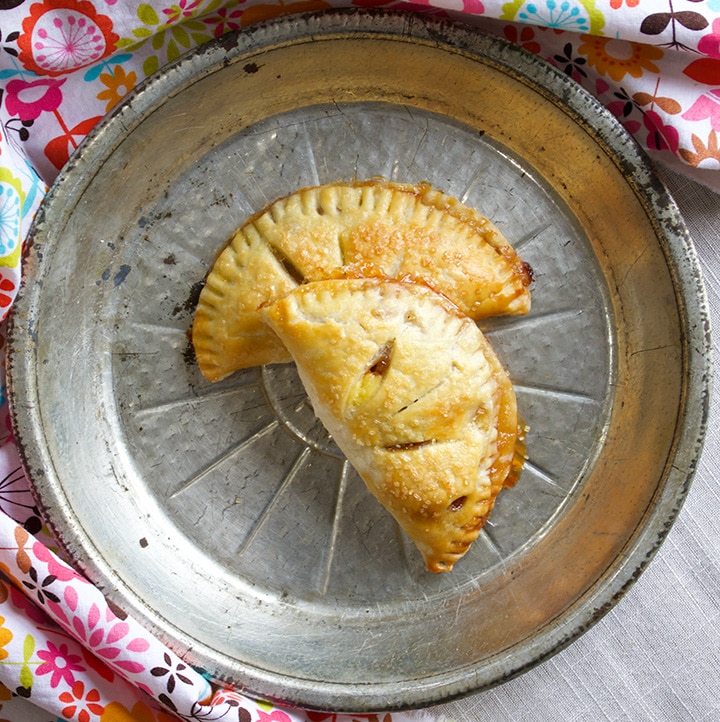 I recently made this pastry dough for ham and cheese hand pies on my other blog, A Little and A Lot. (Recipe for those little gems coming soon.) It's a very wet dough and contains an entire half cup of sour cream. I was as skeptical as you about adding sour cream to pastry dough when I first started playing around with it. But, I'd read that it can create an exceptionally flaky and easy to work with dough, so I decided to give it a go. Friends, it's now the only dough I'm ever going to use for this kind of thing.

When you're making it, you'll think the dough is too wet and be tempted to add more flour. Restrain yourself. Just wrap it up and put it in the refrigerator for at least an hour so that it's very cold. When rolling it out, make sure to use plenty of flour so that it doesn't stick to everything. It's also important to refrigerate the assembled pies for at least an hour before baking them so that the dough is cold when you put it in the oven.

Follow these simple steps and you'll be rewarded with a delicate pastry, richly flavorful, and so flaky it may remind you of a croissant. 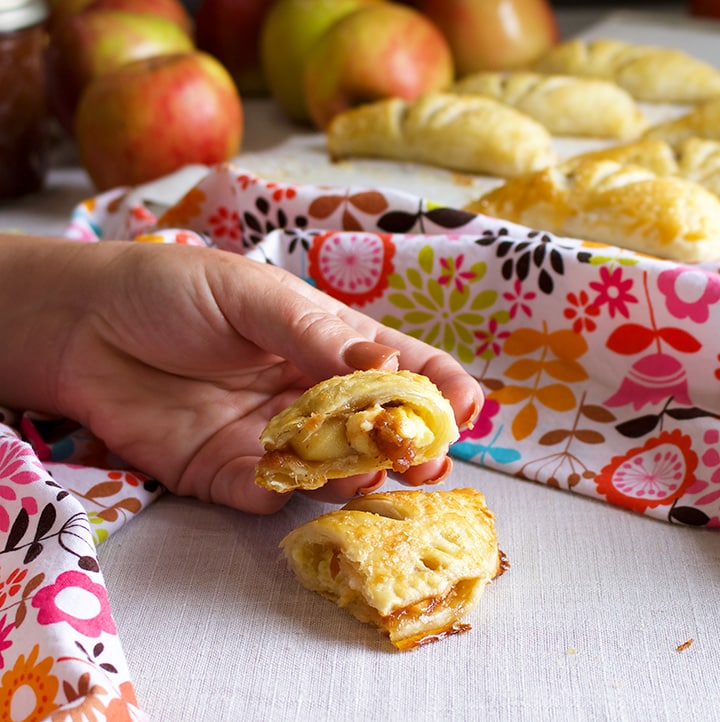 The almond pastry cream in this recipe is simply a half batch of my standard, tried-and-true, turns-out-gorgeous-every-time, pastry cream. This lovely confection shows up in recipes all over this blog because it's extremely easy to make, keeps for days in the refrigerator (you can even freeze it), is extremely versatile (add flavorings, lighten it with whipped cream), and absolutely delicious.

For these hand pies, I've used both vanilla and almond extract, but feel free to use only one or the other. Paired with the crispy apple slice and spicy apple butter, the pastry cream is a deliciously creamy contrast or flavor. 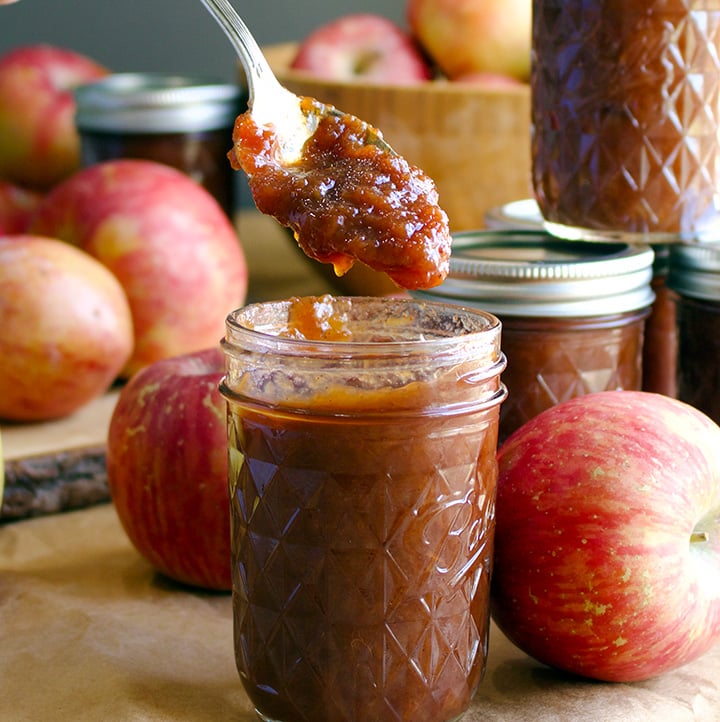 As I mentioned earlier, I got a bit obsessed with making apple butter this year. Partly because I forgot how much I love the stuff, and partly because I created a slow cooker recipe that requires NO coring and peeling of the apples. The entire process takes about 24 hours - apple butter must simmer at a low heat for a long time - BUT, only about 30 minutes of that is actually hands-on work. The rest of the time you're just letting it do it's thing while you get on with your life.

Having said all that, homemade apple butter is not a requirement for these babies. Pick up a jar of apple butter at your local market, or order some from Amazon.

One of the greatest things about hand pies is that, obviously, they can be eaten with your hands, no plate and fork required. But, if you really want to step up your game, a scoop or two of vanilla ice cream and a drizzle of Salted Caramels Sauce or Caramel Rum Sauce is where it's at. 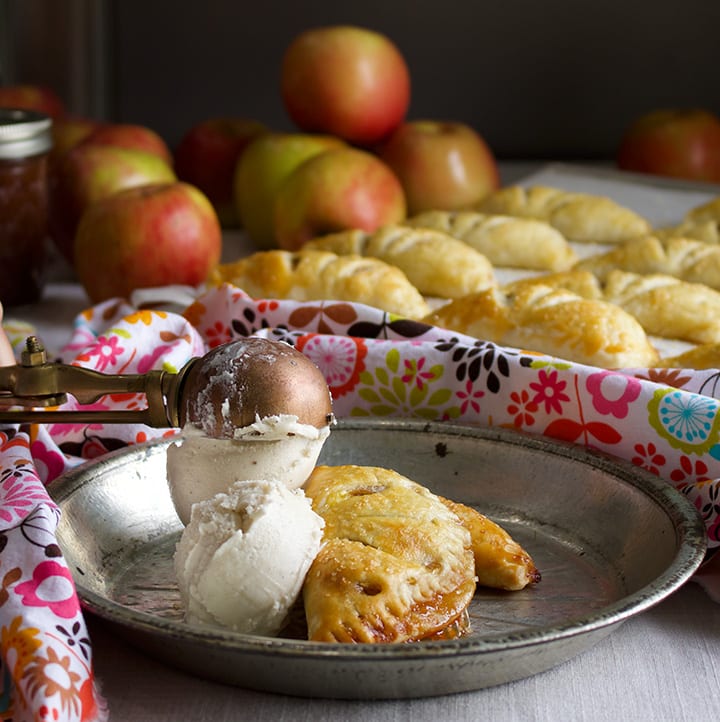 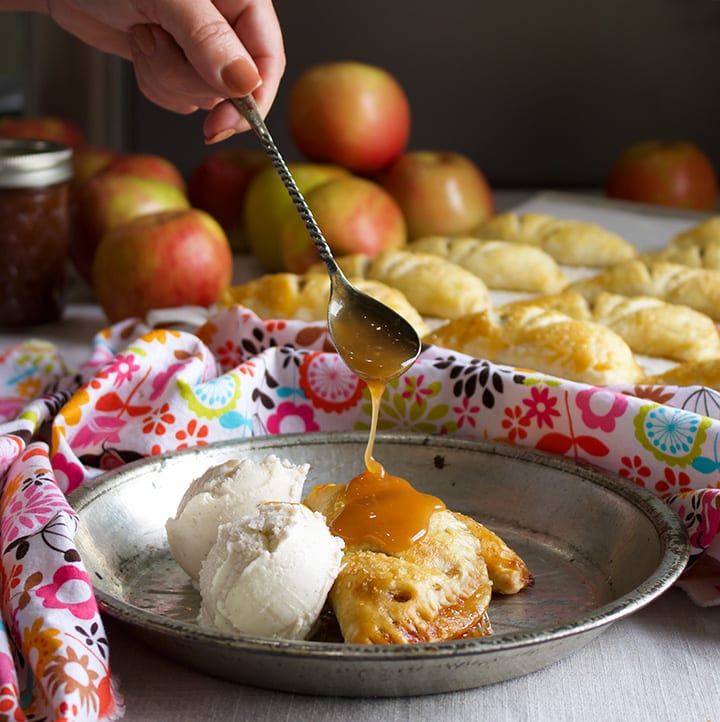 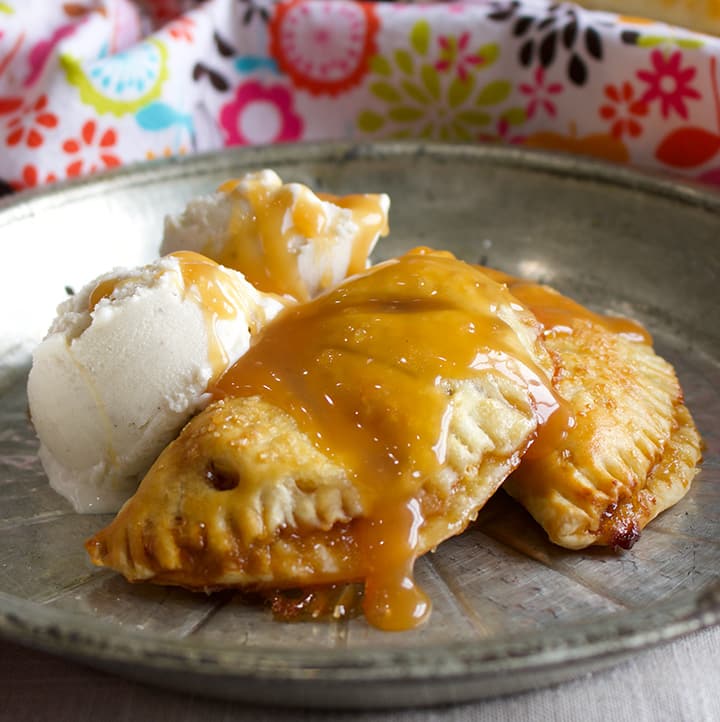 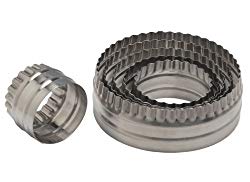 These buttery little hand pies are filled with almond pastry cream and apple butter. They are flaky, creamy, & packed with warm apple flavor.

For the pastry dough:

FOR THE HAND PIES:

Assemble and bake the hand pies:

OPTIONAL: Serve with vanilla ice cream and a drizzle of caramel sauce or caramel rum sauce.