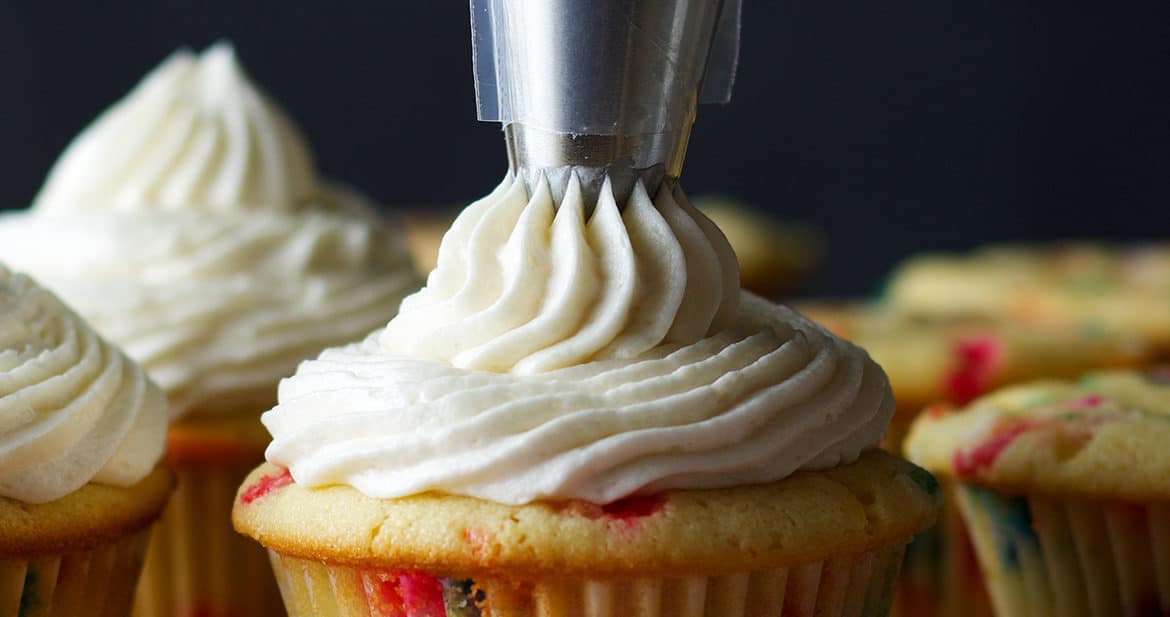 This classic American Buttercream recipe only takes a few minutes to make and is silky smooth and flavorful thanks to butter, heavy cream, vanilla and a touch of almond extract.

Here's what I often DO NOT like about American Buttercream: It can be so crazy sweet. Also, it can sometimes be flavorless. This recipe is also quite sweet. (It is frosting, after all.) But, thanks to the addition of heavy cream, it's not as sweet as the American Buttercream's you might be used to.

Also, this recipe for American Buttercream is most definitely not that flavorless waxy stuff we are all way too familiar with. Here's why this buttercream tastes so good... 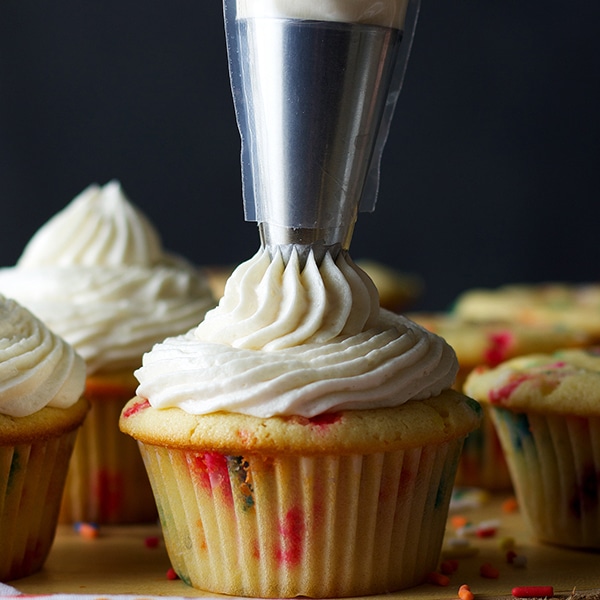 Cream instead of milk.

Using heavy whipping cream instead of milk and beating it for several minutes is the secret to super fluffy, silky smooth buttercream. The reason is simple: Beating cream allows you to incorporate some air into the buttercream.

Anyone who's ever made whipped cream knows how this works. You can beat milk all day long and you'll never end up with airy, fluffy, whipped milk.

Using cream instead of milk does something else you might not expect - it makes the buttercream less sweet. Again, this is because of cream's ability to trap some air in there. Airy buttercream with a high fat content will not only taste less sweet, it will allow you to incorporate slightly less sugar than if you use milk.

Flavor, flavor, and more flavor. Flavor is the entire point of adding salt and flavor extracts to American Buttercream and many recipes, in my opinion, don't contain enough of any of them.

If you've read through other American Buttercream recipes, you might notice that this recipe has more salt than most. In general, I feel that most recipes for sweet things don't contain enough salt to balance the sweetness and bring out the other flavors. But, this is largely a matter of personal taste.

If you're skeptical about adding a whole teaspoon of salt to your buttercream, start with a ½ tsp. Taste, and go from there.

Likewise, I tend to be heavy handed with the vanilla in this buttercream because that's how I like it. If you're not sure you'll want a whole tablespoon of vanilla, start with less, taste, and add as much or as little as you like.

The almond extract is completely optional, but adds a nice subtle element that rounds out the sweeness. Like the salt and vanilla, add as much or as little as you like.

The one exception to all-butter buttercream. How to keep buttercream from melting...

I am pretty much an all-butter-all-the-time buttercream baker because butter tastes better. (How's that for a tongue twister?)

You know that grocery store buttercream that tastes like sugar and wax? That's because it's made with shortening. Or something like shortening. (Probably we don't want to know what it's really made from.)

Shortening scores a big zero in the flavor department while butter is delicious. There is one big exception to this rule: When you know your cake is going to have to spend some time in very high heat and humidity.

Replacing half the butter with shortening will help keep the buttercream from melting - within reason. Regardless of how much of the butter you replace with shortening, it's going to melt if it's sitting out in direct sun for a couple of hours on a hot day.

On the other hand, using some shortening in the buttercream does make it more stable and less prone to melting than all butter buttercream.

Popular Cake Recipes that are delicious with American Buttercream

One reader left a comment with a valuable suggestion that I wanted to share (thank you Janice!). Here's what she said: 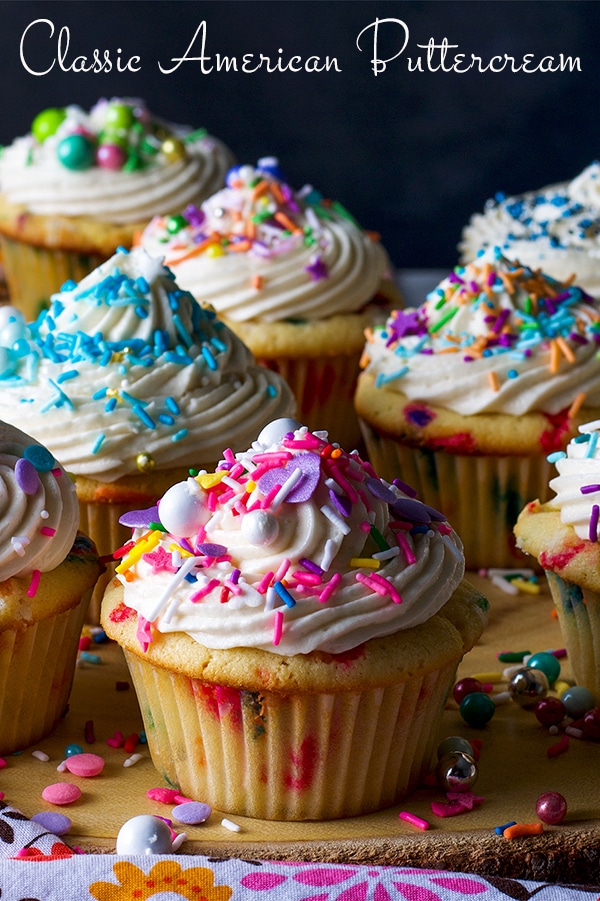